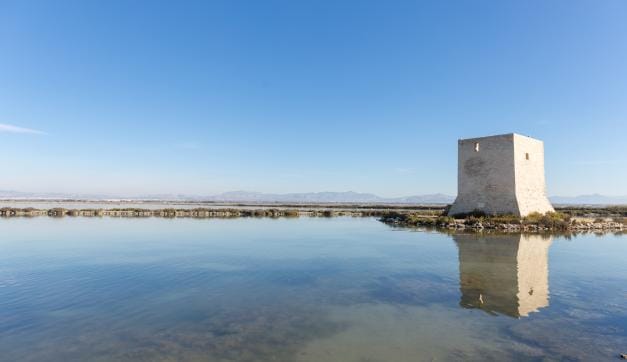 Salinas de Santa Pola Natural Park is a typical example of how human action has created unique ecosystems that are still present today thanks to an economic activity such as salt production. The park has an area of and is located next to El Hondo Natural Park of El Hondo, between the municipalities of Elche and Santa Pola.

Due to the uniqueness of its saline habitats, we can find botanical species such as Limonium santapolense, a typical Mediterranean wild flower. In terms of birds, the wading species located on the beaches of the salt lakes are worth highlighting.

Bird watchers are also drawn to other well-known species such as the flamingo, which has become one of the main attractions of the park, due to its beauty and gracefulness. Wetlands, salt lakes, dunes and coastal pine forests make up this nature reserve located in the province of Alicante. It is a must see for both children and adults.