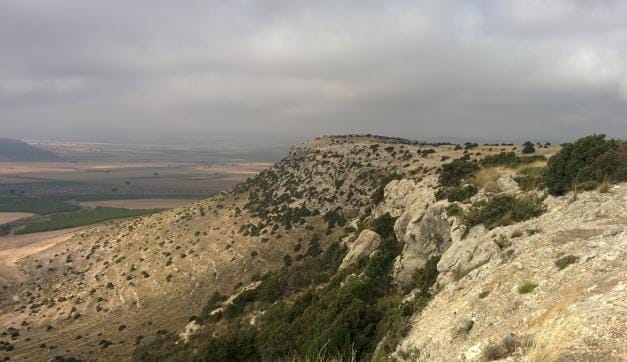 This nature reserve is located between the municipalities of Ayora (Valencia) and Almansa (Albacete), on the border between the autonomous communities of Castilla la Mancha and the Region of Valencia. It is a protected area classified as a special protection area for birds, formed by different ecosystems such as the Sierra de Mugrón and the San Benito lake.

The Sierra de Mugrón is a mountainous elevation that extends from North to South between the municipalities of Almansa, Alpera and Ayora. The mountain range and its surroundings make up an area that contains three closely related landscape units.

At the highest areas you will find patches of Phoenicean juniper, rain fed crops that cover most of the corridor and, finally, the San Benito lake.

This temporary lake is located at an altitude of 670 m and fills up when there is a significant amount of rain and dries when rain is scarce.  It has an approximate area of 500 hectares and its hydrological basin belongs to the Rambla de Belén and the slopes of El Mugrón and Arciseco. It is currently included in the Wetland Catalogue of the Region of Valencia.

At the top of the Sierra del Mugrón is the village of Mecca which dates back to Iberian (V-II centuries BC) and bronze, Roman, Islamic and medieval times. It was declared a Cultural Heritage Site on 3 June 1931 occupying an area of about 15 hectares. You can still see perfectly preserved remains of the ancient wall that fortified the town, which constitutes an authentic natural fortress as the result of its unique location.

For those interested in birding, this site is home to nesting populations of 17 different bird species. It is an area of special importance for the conservation of grassland birds.